The following words are from my training partner and a great martial artist on the dedication that it requires to compete.

“My journey through martial arts started like any other teenagers dream…drawn in by the image of being able to do a flying side kick in my first lesson and be able to move like Bruce lee, Jet Li and Jackie Chan. It hit home when I started my training seriously, that I understood the hard work involved to become just a fraction as good as my heroes. 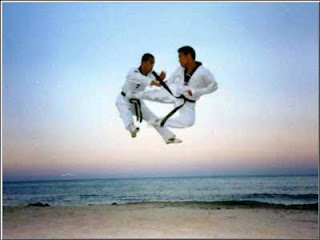 There are many words associated with martial arts; dedication, etiquette, respect, to list a few. The most important word for me is dedication. I soon realised that to be able to get to any sort of level I would be happy with, I would have to put a lot of time and effort into my training.

Only thing I could think of was being as good as the movie stars, this soon changed when I realised the reality…choreography. From that point my perspective changed, I became more interested in competition fighting.

I remember my first fight feeling sick in the stomach more nervous than I have ever been. After that first fight nothing could measure up to feeling of being in the ring. The atmosphere, the adrenaline, how good it feels to have people cheering for you and wanting you to succeed. Unfortunately that first fight didn’t go how I wanted it to. I lost. In my mind I imagined holding up the trophy, not my competitor and it wasn’t long until the inevitable was said “it’s the taking part that counts”.

After that I trained harder than ever before, I was more motivated than I have ever been. My thoughts were focussed on holding up the metal at the end of my next fight. I trained as much as I possibly could, suddenly my life became overwhelmed by ‘the fight’.

All the hard work paid off, I won, it was only a points victory but still for me it was a win. Everything I had dreamed about came true, me holding up the trophy the proud faces of my family and friends looking on. I had accomplished what I had set out to do. 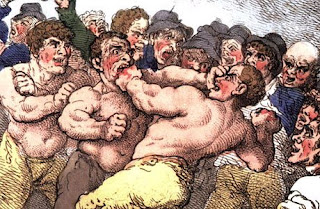 By this time I know you are all thinking what is the point to this, why am I reading this. Well, the next time you are in the gym, in the ring, on the edge of the matt before your fight, always put in the effort and you will also accomplish what you have set out to do.”

Why is it that we crave to be recognized?